Getty Images free for use on the web

Recently, the big news was that Getty Images–a huge stock photo company that has been around for many many years, and got really big doing print design photography–recently came out and gave permission (with certain strings attached) to use their vast library of images on blogs and non-commercial web use.

This was pretty huge. The reason for it, apparently, was that there was so much rights infringement on the web already that they really couldn’t stop it–but instead, they played along with it, in that, yes, you can post their pictures in your blog, and that the embed code given for such a purpose would link back to their site, enticing potential buyers to see the products for commercial and print use, so  in essence, it becomes free advertising. 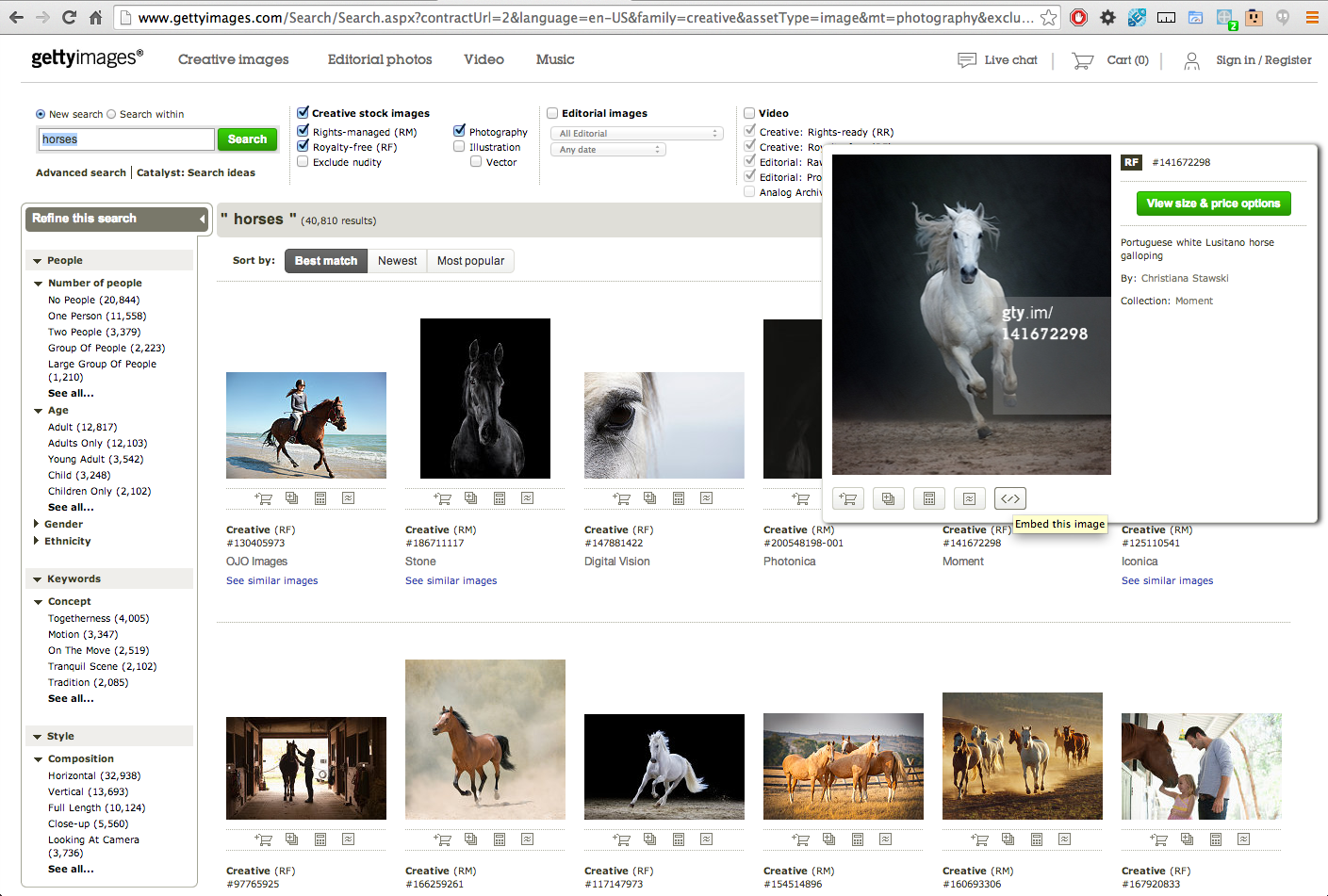 The embed code provided on each image is in the lower right, and will either be a button that says “Embed” or a small button with </> on it. (See screenshot above)

If you click on the button, a pop up will show you the Embed code (an iframe code, which, unfortunately, may not work on some mobile devices), which you can then lay into your blog (if you’re doing this in WordPress, it’s best to change to the “Text” tab in the upper right of your text editor to lay in the code, and then switch back to “Visual” to see the box with a film icon preview–I will actually not know how well this works until I publish a post!)

So, with that in mind, you can certainly draw from their immense library of images, but only use small images (such as these) and you will not be able to edit them in any way–they are but mirrors to images hosted on their site.

Enjoy! I would add the address for their site, but I’m pretty sure it must be embedded in all these iframes 😉