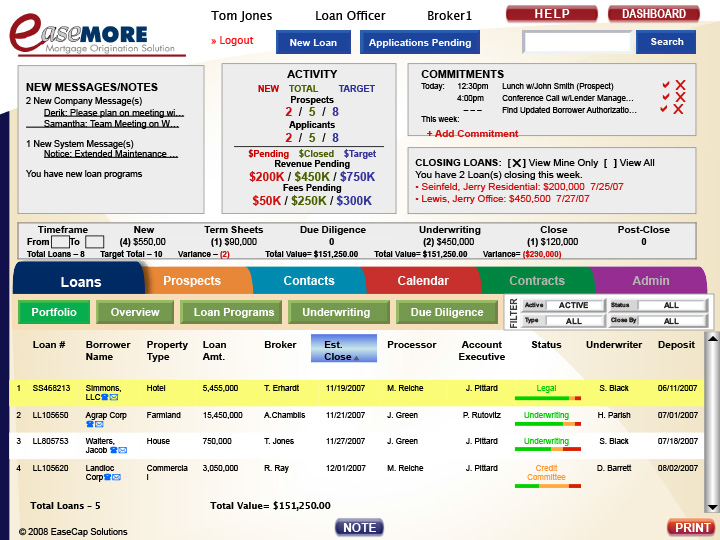 This is one of the more interesting, as well as long and involved projects on which I’ve worked. Basically, before there were web application emulators, I was approached by Jay, referred through a colleague, to design a presentation in Powerpoint which would both emulate the application he wished to build, show the Ruby-on-Rails programmers what, exactly, he wanted built, as well as use the presentation itself as a selling tool to investors/bankers (as it was a financial tool, to track down mortgage originations) to get funding to pay the programmers to build the application.

Essentially this became a UI/UX project as well, and I learned a lot about the financial world and loan terms. Doing this project, I also discovered what a powerful program Microsoft Powerpoint was–I already knew that one could embed animations in it, set master slides, etc., but I did not realize one could use Photoshop .psd layered files as graphics in it, and that one could set up links to other slides, even various views, just as one can do with Adobe Acrobat (pdfs).

Powerpoint as a pdf embedded below.