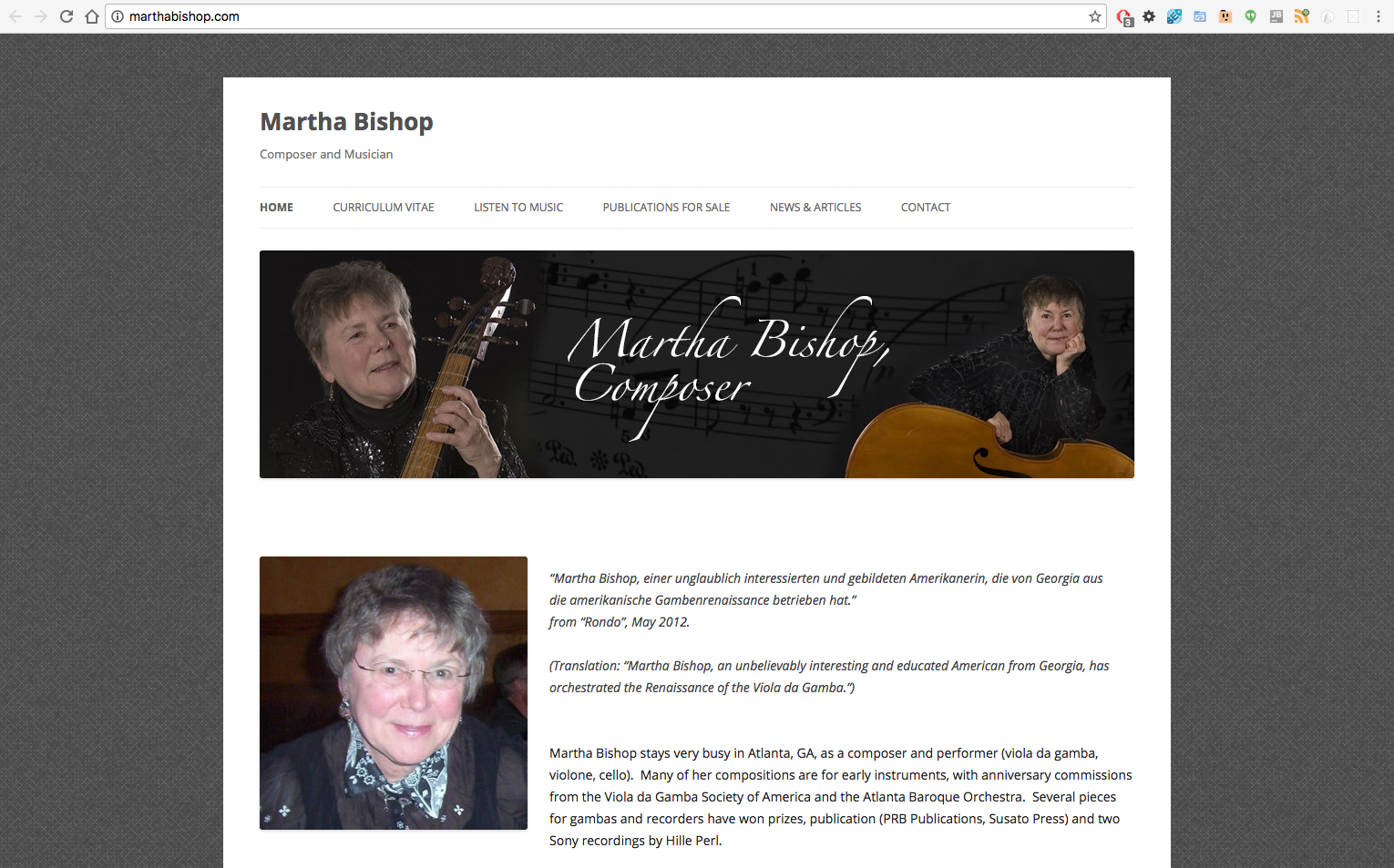 Martha Bishop is a prominent musician as well as composer, and as she was gaining more steam in the composing world, she decided to have a dedicated webpage to showcase her compositions, including other people’s performances of them, as well as her own performances, recordings, and many books for sale. Originally we were going to set up a shopping cart, but at the last minute she decided to keep on doing the “honor system” of having people email her orders, and then sending a check. Essentially this is a brochure site, then, rather than an eCommerce site.

Initially Mrs. Bishop was nervous about maintaining the site, but was delighted at how easy it was, and is continually updating with new compositions, performances, as well as sound files. Since she wanted the site to be low maintenance, update-wise, we set it to automatically update WordPress versions, as well as her theme, which was a simple customization on a faithful standby theme, Twenty Twelve. 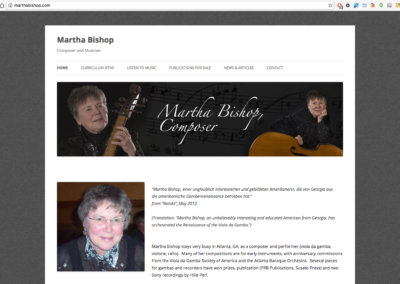 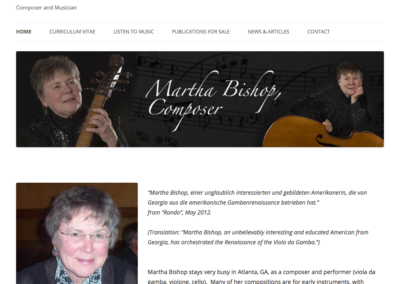 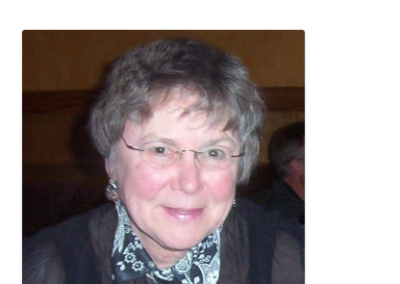