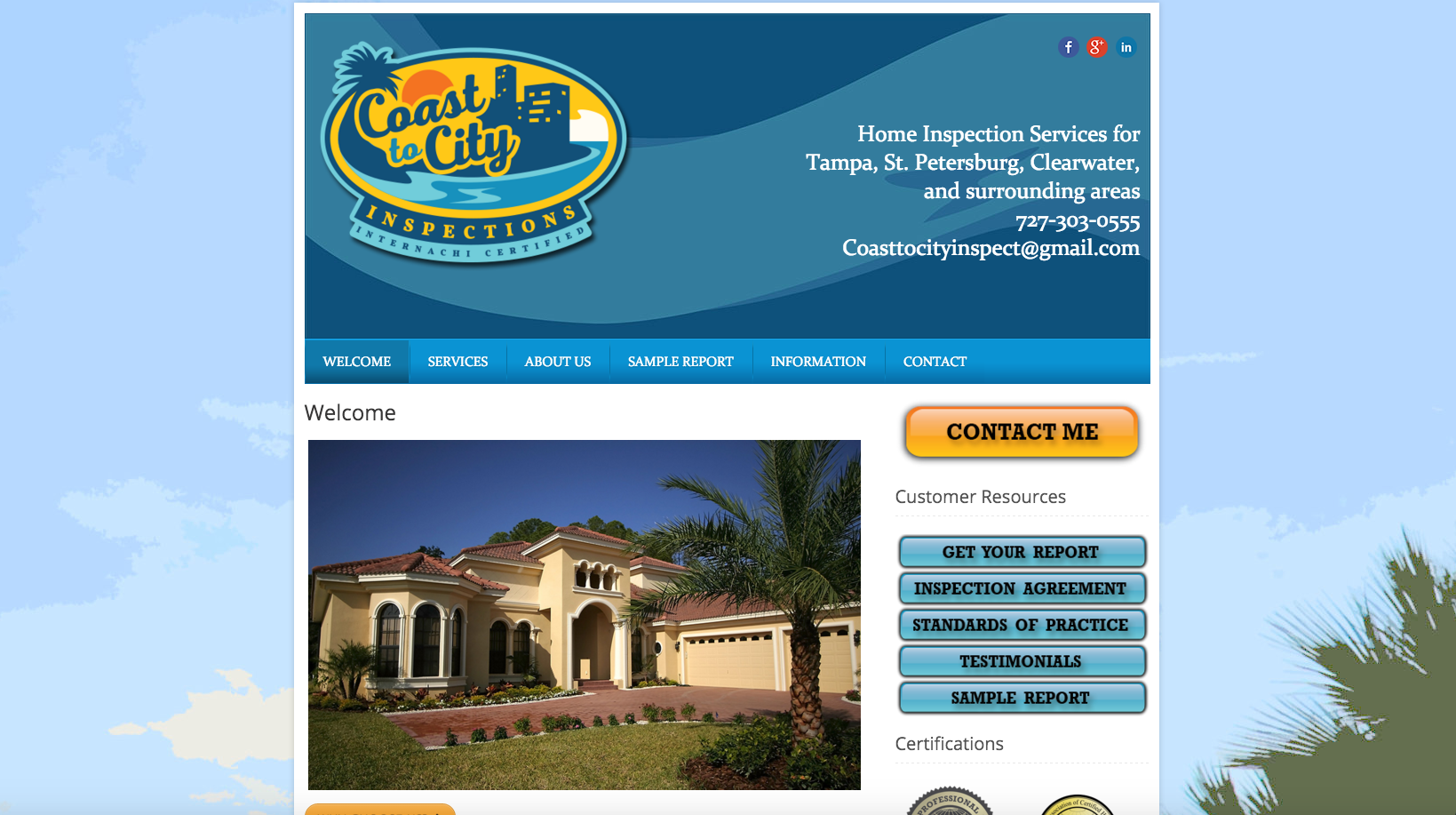 David Hamilton of Coast To City Inspections was very pleased with his artistic logo (I think he’d recently had it designed) and he wanted his website to mirror the logo in some way, especially in the header,so I incorporated a swash into the masthead to mirror the wave in the logo. He was also very fond of buttons, and wanted them big, bright, and bold! For this project, I created the buttons first in Illustrator CS6, and then took them into Photoshop CS6 to add the shadow effects and text. I also grabbed one of the palm trees from his logo (in Illustrator) and created his site icon with it.

Mr. Hamilton had an artistic touch, himself, and had taken a scenic photo of a beach sunset scene which he then tried a number of filters and effects to, and wanted to use that as the background image. It worked out well, and he was pleased with the site, which I had done as a freelancer through Homegauge, which sells Home Inspection software for building inspectors. 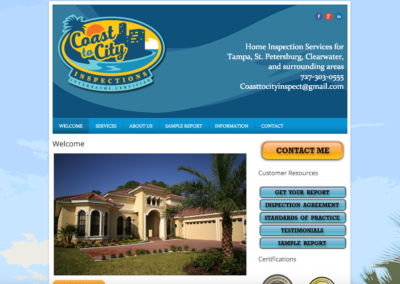 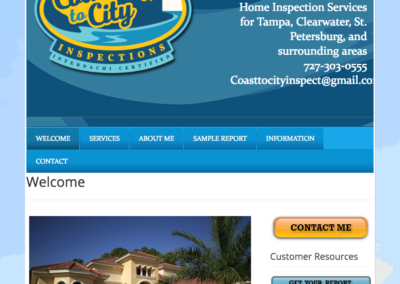 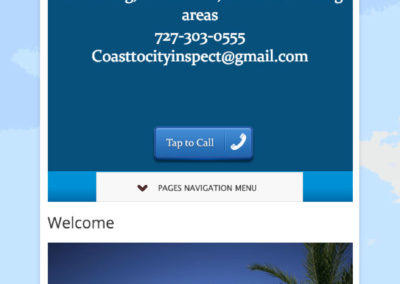